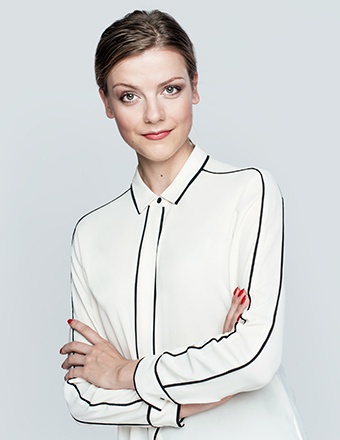 MOST COMMON MISTAKES IN AGREEMENTS CONNECTED WITH COPYRIGHT

Everyone wants to be the stronger party in an agreement and reserve to himself/herself more at the expense of the other party. One would say that it is a mark of our times of capitalism striving to exploit an individual. Another, that it is a feature of Poles, who do not always feel obliged to keep the basic integrity towards their countrymen.

When we complain we forget, however, that already the ancient and feudal law to a great extent dealt with frauds in turnover of commodities, for example in the measurement and weights system: weights lighter than the values indicated on them or measuring tapes with the length units shorten than the standard. Luckily, today in trade we do not have to rely on arbitrary judgments of persons who are higher in the social hierarchy or on acts of God (as for example in § 106 of Hammurabi’s Code: If an agent obtain money from a merchant and have a dispute with the merchant (i.e., deny the fact), that merchant shall call the agent to account in the presence of god and witnesses for the money obtained and the agent shall give to the merchant threefold the amount of money which he obtained.). We can “seek justice” in the Internet. Yet this statement is no less controversial, taking into account at least opinions of some professionals on various online forums. That is why, taking advantage of the Internet, we would like to explain you a few examples of unfavorable clauses which, within our practice, we come across surprisingly often. Of course, in line with our specialization, they will concern the copyright law.

We reserve, though, that these will be tips for persons with at least basic knowledge related to the copyright law. In this article you will find no explanation what is a license or field of exploitation.

TRANSFER OF COPYRIGHTS TO A WORK

To start with, a brief remark–transfer of copyrights to a work is not equal to the “transfer” of rights to use a work. In the first case, one definitely disposes of own property rights to a work in the scope  prescribed in the agreement. In the second case in turn, a license agreement is concluded. It is perhaps not a “catch” in an agreement, but it happens that an author does not use his/her work later as he/she holds the mistaken belief to have disposed of his/her rights to it.

“Upon establishment of particular elements of the Work or the Work as a whole, the Author shall transfer to the Ordering Party the copyrights… .” Such clause should be regarded as a mistake in many agreements. Not only is it unpractical for a “smart” Ordering Party (unless he/she will monitor the Author round the clock, checking if the latter has just created a part of the Work to claim rights to it), it is all the more disadvantageous for the Author him/herself, as notwithstanding the Ordering Party accepting or not a work in a given form, paying for it or not–theoretically, according to this provision, the Author may lose the rights to his/her work.

At this point, we should also refer to various public procurements or tenders. Their providers often happen to put good practices aside, reserving the transfer of copyrights to a work to their benefit upon its application. A good example is furnished by the following statement which some time ago has been widely discussed on online forums: “Declaration of the Participant of “Steel Design–Between Technology and Art” competition on the gratuitous transfer of proprietary copyrights to the Competition Work to the Provider”, which had to be filed in order to participate in the competition. In this way, all “losers” disinterestedly disposed of their rights to their competition works.

Another tendency of authors equally common in the copyright turnover is a thoughtless transfer of the right to exercise derivative rights to another party. Such provision should be incorporated in an agreement only if the author wants the acquirer to have freedom to modify the work, e.g. a writer wants to allow his/her publisher to sale movie adaptation of the work, a graphic designer allows any modification of a logotype created by him/her or a photographer allows to crop his/her picture. Although moral rights protect against unfair use of a work, an author should consider if he/she wants a work to be disseminated by an acquirer of the rights in a form modified by the latter.

If the author wants to avoid this, it is sufficient to leave the issue not regulated in the agreement. Then the act is applicable, precisely Article 46 of the Copyright act, which provides that unless an agreement states otherwise, an author shall retain the exclusive right to authorize exercising derivative copyright, even if the agreement prescribes the transfer of all proprietary copyrights.

Besides a more business-like estimation which of the two, lump-sum remuneration or percentage commission, would be more profitable, let us take a closer look at the scope of rights they cover. Apart from the above mentioned calculation pertaining to the base for granting the interest and to the range of fields of exploitation, it is worth examining if remuneration is measurable with regard to other rights, among others derivative right. Here the wording of a judgment should be invoked in which the court ruled in the case concerning author’s transfer of entitlements related to work uses which are not specifically known upon concluding the agreement:

“As a principle, one should assume that such a contractual provision, even if it is clearly formulated, would be contrary to good practices. Under an agreement against consideration, a waiver of rights whose value cannot be estimated even approximately should be deemed contrary to good practices. Such practices require that an author transferring the proprietary copyrights obtains for them appropriate consideration from the counterparty.” (judgment of the Supreme Court of 8 November 2000, case file V CKN 693/2000)

Conclusion? We should not transfer almost all rights to a work we enjoy at once and for one consideration (the same applies to granting licenses). To the opposite–we should grant the lowest possible number of entitlements, only as many as is needed to perform the purpose of the agreement.

This text in no way exhausts the issue of the art of concluding a good agreement. We just want to give you an outline of most common mistakes made by authors. We hope we’ll return to the topic and discuss it further in the future.